FM-Synthesis became the most important method for digital sound generation since the introduction of the Yamaha commercial synthesizers in 1983. The technology was developed by John Chowning, a leading composer and scientist who is helping to lead this workshop/hand-on session. At the workshop he also presented recent results of his research on psycho-acoustics. Chowning described a model that can be implemented without much technological problems in a computer system. Zack Settel has a lot of practical knowledge of FM-synthesis, working as a researcher at the IRCAM, Paris. Ernst Bonst wrote a book called ‘Praktisch FM-Synthese’ used by hundreds of composers and musicians for constructing new sound material with this method. [source Johan den Biggelaar, report on FISEA (in Dutch), September 1988]. 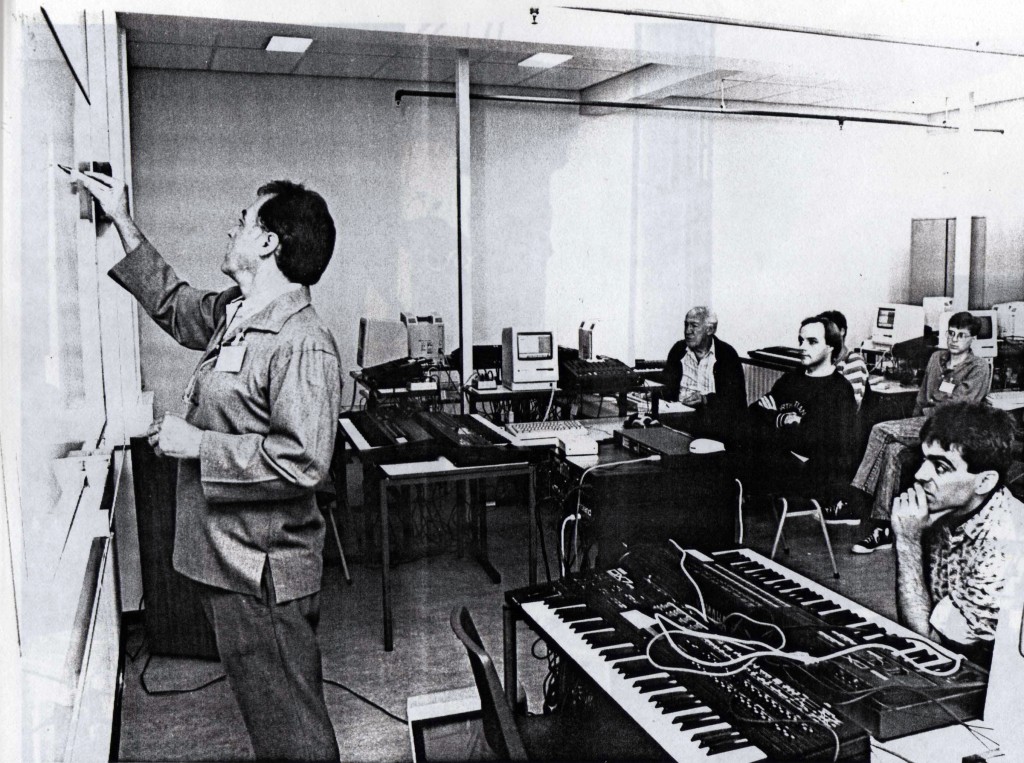 John Chowning during his workshop FM-synthesis