Presented by the Foundation for Creative Computer Applications (SCCA), Rotterdam and the Center for Art, Media and Technology of the Utrecht School of the Arts (HKU).

The initiative for the International Symposium on Electronic Art was taken by Theo Hesper, founder and board member of the SCCA. The First ISEA Symposium took place in Utrecht, The Netherlands, with satellite activities in the cities of Groningen and The Hague. The main conference and the art exhibition were held in the Jaarbeurs, one of the Netherlands’ major trade market and convention centers. Workshops were given at locations of the Utrecht School of Arts, concerts & performances at several Utrecht theaters. An excursion was undertaken to the Omnimax Theater in The Hague, to witness the results of a competition to produce Omnimax format 3-D animations. During the symposium the new Center for Art, Media and Technology of the HKU was officially opened. The programme in Groningen included a lecture on fractal art by Prof. Heinz Otto Peitgen of the Institute of Complex Dynamics at the University of Bremen. Several panel discussions were planned, amongst others, on the relationship between electronic mass-media and art and the use of computers in the process of composing today, these were followed by a concert of computer music. Several art schools presented their computer activities to the public. An elaborate interactive video installation by the artist Fritz Maats was installed. During FISEA a plenary meeting was held to discuss the founding of an umbrella organisation for the Electronic Arts. The name Inter-Society for the Electronic Arts was coined and it was later (1990) founded as a membership association by Theo Hesper and Wim van der Plas. 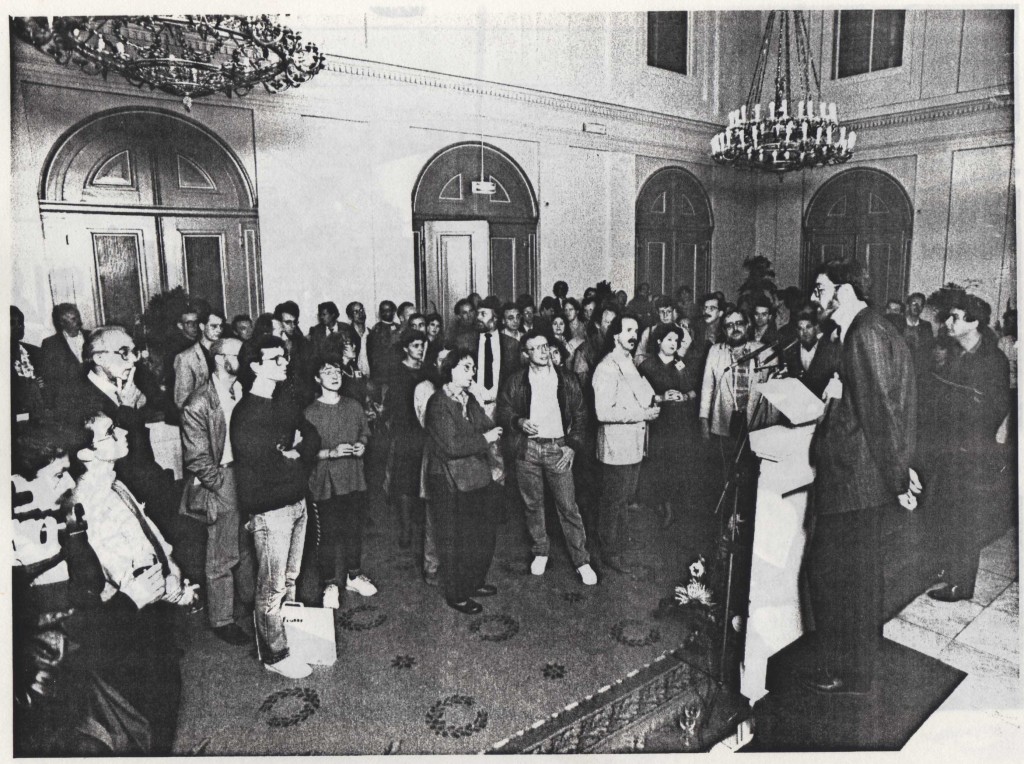